Issue #1 is hands down my favorite issue, for a few reasons. It marked my come back to zines and was the first time I had really made an effort to incorporate my love for zines, comics and art all into one zine. I had tried and failed many times to make a similar zine (Anti-You art zine, The Sideshow, etc etc) and was always bummed that they had failed.

Issue #1 featured art from friends I had know for awhile, knew in person and my wife. I think this is the reason it is so sentimental to me.

In Issue #1 I had Comics/Art from Mitsuhiro Morita (my wife's long time friend from Japan, we all know him as Mikkun) I had always wanted to collaborate with Mikkun from the time I saw his art, via my wife, when she was still living in Japan. So he was a natural to have in issue #1. I loved his comic so much, I used a panel for the cover. Still my hands down favorite cover. It says so much without having to say anything....

I worked with Juan Portillo at our shared Mega Crap Corporation job, both doing shitty terrible work, and bonding over the love of comics and the hatred of our boss. Juan didn't think he had the art skills, but I saw his work and I loved what he did, he was also the first official contributor to Threat N Ink. Juan created one of my favorite comic characters of all time, Fluff Skuzz.

Craigums has been a long time friend since the first time I met him at a show for his old band What Happens Next?  I had done some art for his band  Love Songs and asked if he would contribute to the first Threat N Ink. He did and it is awesome.

Midori is my wife, and though she doesn't think she is a good artist, I know she is a great one! It's not her passion, but she will indulge me when I am really nice and draw me some awesome comics or contribute some artwork.She drew the art on the back cover for Issue #1.

Matt Rice is an old friend, we worked together at Art Supply Warehouse in the late 90's/early 2000's. We had plans to do a compilation comic from the day we met, that was supposed to be The Sideshow, which was to have a bunch of artists from ASW, unfortunately it never happened. BUT, I still had the comic he was going to contribute to that and he gave me the OK to use it in issue #1. Matt also let me "act" in a movie he did called The Love of a Robot my acting is awful, but it was a ton of fun.

Mark "Jiro" Okui is also an old buddy from Art Supply Warehouse. Jiro (as I have always know him) has done a zine of his own for years called Calling Monster Island and I loved what he and Ted Seko did, and since I had worked with him it was a natural fit! Jiro was also part of the crew who had originally planned to put out The Sideshow. Jiro has contributed to almost every issue!

Last is me, Jethro. My Art/Comics appear in every issue, a few times when I had less contributors/comics than I wanted it looked more like Jethro N Ink, but Threat N Ink has always been a great place for me to showcase my art. The first issue inspired me to focus on comics and art and creativity again, and also gave birth to many new characters, including one of my all time favorites Bad Deer

Issue #1 of Threat N Ink was 34 pages, had Seven Artists and was a blast to put out. If you really want a copy, let me know. I am always happy to print up a few issues and send em out.

All art in these here pages is ©2016 Jethro D. Wall unless otherwise noted. 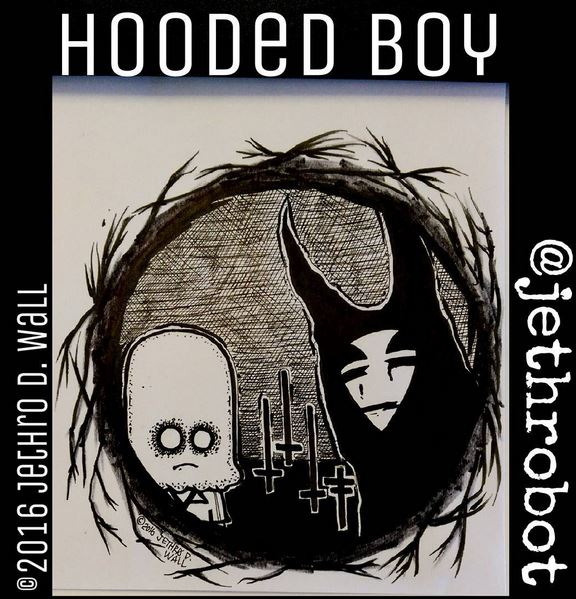 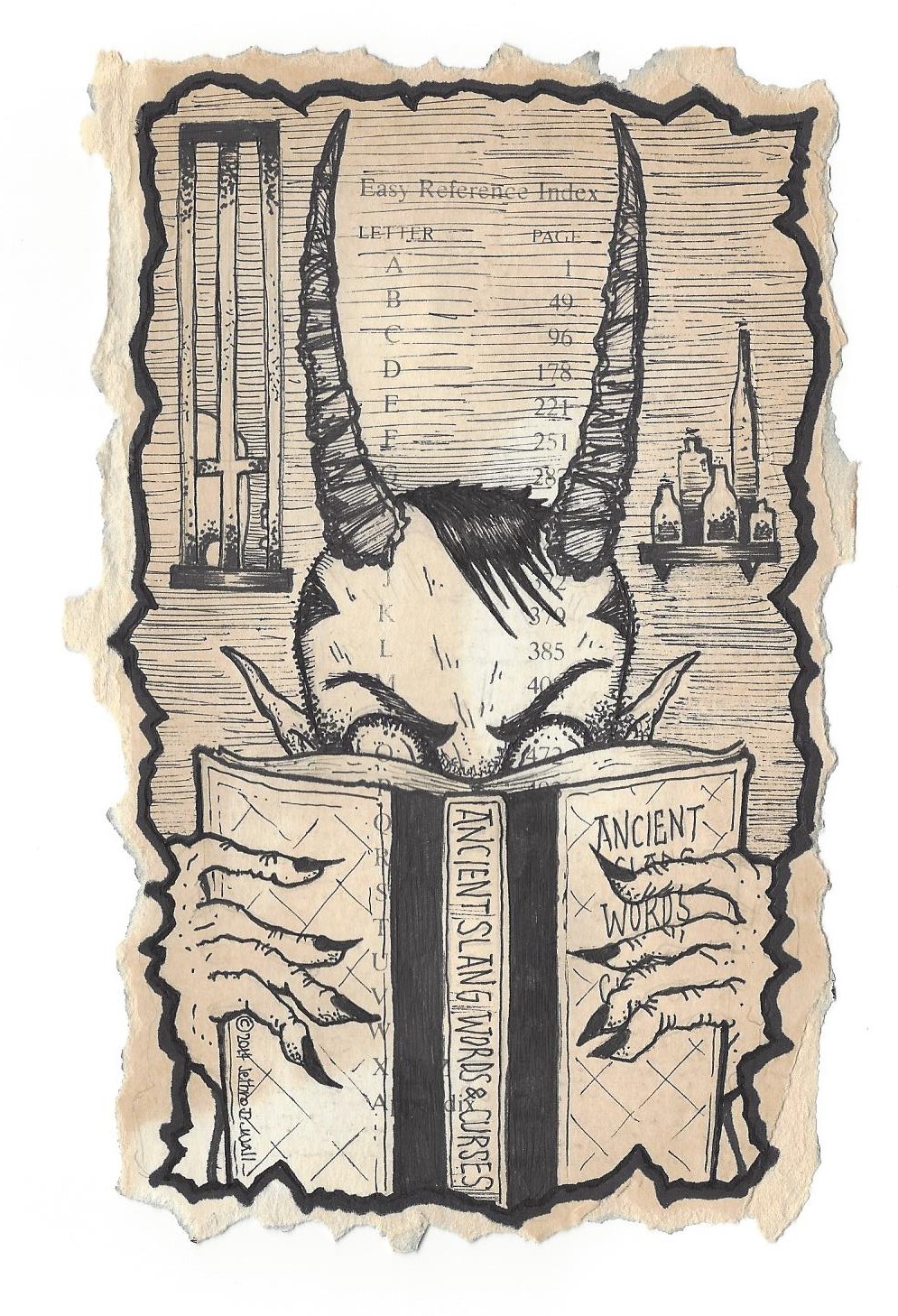 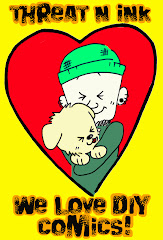